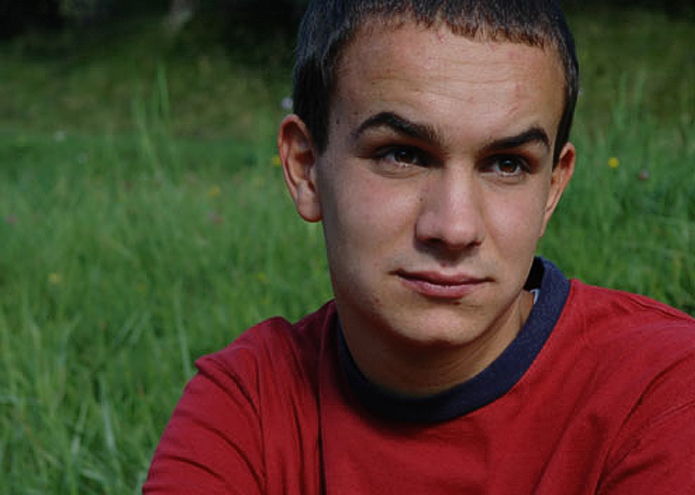 I’m like a hermit on an island-. This is what Patrick writes about his life as an autistic boy who lives caught in his own body. With indelible imagery, the film follows him at school, with family, and by himself, and transcribes his innermost thoughts onto the screen to reveal his point of view, which is normally muffled by his condition. What is revealed is a complex, philosophical soul. This shows one mission that movies can accomplish — giving us insight -not pity, but sympathy- into another’s life.

How do we get to know a person? Is verbal exchange a necessary requirement to get closer to somebody or do the gestures describe his essence?

As far as Patrick is concerned, both of these theories lose of importance. In the foreground his spoken words and his body language tell about his disability, but they don’t give us any information about his emotional world. It is impossible to guess what he feels or thinks. There is an abyss between his appearance and what is inside of him. Only his written words allow us to get to know him and to have a look at his soul.
During the dialogues with Patrick I could witness how he typed letter per letter into the computer and how in the end these letters expressed his thoughts. While watching this process I became aware of how precious and strong words can be, and of how little is sometimes enough to say a lot, but also that some things can’t be put into words.

It is important that people get sensitized for this topic in order to be able to approach others with any kind of disability in a human and sensitive way.
This film can be a little step into this direction and maybe one or another spectator will feel like knowing more about autism. It doesn’t offer any kind of scientific explanation of autism, but is rather a subjective description of what it means for Patrick to live with autism as well as a chance for him to reach us through his own words.