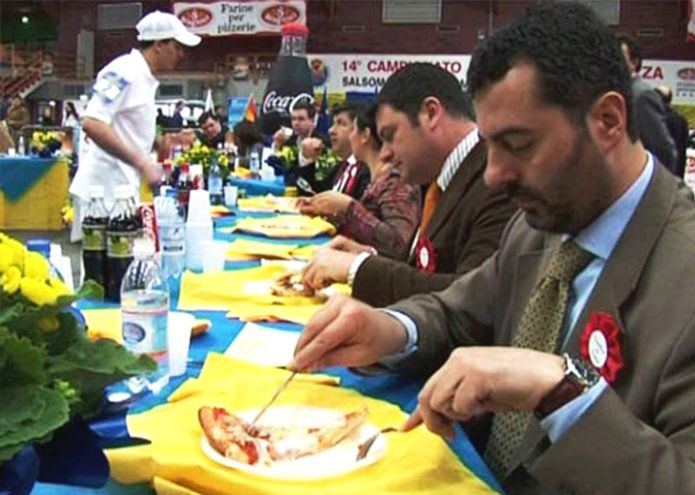 The fascinating story of the Lombardi dynasty, founders of the first American pizzeria, unfolds on superb family archives as we travel from Pompei’s ovens to high-tech pizza labs, from the Pizza World Championships to the Las Vegas pizza market, from Naples to New York to Beijing – the last frontier.