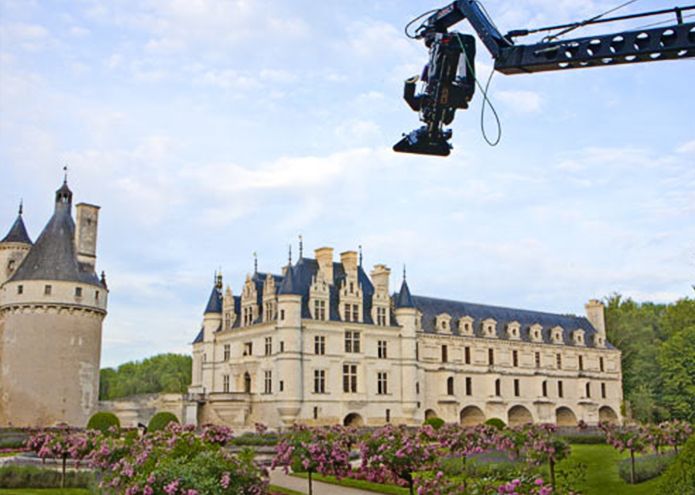 CASTLES AND PLACES OF EUROPE

No other part of the world boasts as many castles and palaces as Europe. These “stone giants” are an integral part of our culture and our landscapes. Some nestled among gently rolling hills, others erected on the banks of raging rivers or on mountain ridges, they are testament to compelling stories and regional identity. Kings and princes built their palaces and summer residences in some of the most beautiful and strategically located spots in Europe. As we follow in their footsteps to visit Europe’s best known and most striking castles, châteaux and palaces, our journey will lead us through the Loire Valley in France, to Baden-Württemberg in Germany, southern England and its Midlands, the Piedmont in Italy and around Lisbon in Portugal.

Breathtaking aerial views of these landscapes and tantalizing glimpses of their palaces and castles will draw viewers in and make them curious to find out what lies behind their walls. Extraordinary discoveries await them there – bizarre collections; the sheltered, privileged world of royalty; stunning works of art. The ideas, dreams and attitudes reflected in these monuments continue to inspire the imagination of people in their environment to this day. The series will also seek to find traces of traditions that still live on in and around Europe’s castles and châteaux, palaces and royal manors and find out how they are being creatively reinterpreted today. By putting the spotlight on these impressive edifices and the unusual “habitat” they provide, Castles of Europe aims to make a remarkable aspect of European history and culture accessible to a wider public in all its regional diversity.

THE LOIRE VALLEY IN FRANCE

The journey along the Loire takes us to Chambord, the most glorious of all the Loire Valley’s castles, and its former hunting lodge, Castle Beauregard, Chenonceau, the moated “ladies’ castle”, Villandry and its idyllic gardens, and culminates at Brézé with its vast underground fortress.

The Loire – wild and untouched – winds its way through the valley of the French kings, flanked by sand banks, wet woodlands and limestone hills. Five of France’s kings ruled from the banks of the Loire, sparking a veritable boom in the construction of Renaissance castles. Intriguing characters such as Laure Menier, the lady of Chenonceau Castle, Ippolita Romeo, a sculptor at Chambord Castle, and the noble du Pavillon family at Beauregard castle share their passions and provide a unique look behind the scenes.

On this journey through Baden-Württemberg we visit the crown jewel of the Swabian Alb region, Hohenzollern Castle, the baroque Ludwigsburg Castle and nearby Monrepos Castle, and finally Mainau Island in Lake Constance.

This region is home to a landscape of deep, dark forests, interspersed with bright alpine pastures and enchanted valleys. The waters of Lake Constance glisten in the south; the peaks of the Allgäu mountains rise up in the east. The Danube and Rhine rivers, both steeped in legend, wind their way around the idyllic region of Baden-Württemberg. This area of southern Germany was the birthplace of one of Europe’s most powerful dynasties: the Hohenzollern family. Countess Diana von Bernadotte, who runs a millinery workshop on Mainau Island, Johann Schreiber, stage designer and restorer of the vast baroque theatre at Ludwigsburg Castle, and Stefan Reisch, master of a kingdom of over a thousand butterflies from South America and South-East Asia, are just a few of the fascinating characters who allow us a glimpse of their worlds.

SOUTHERN ENGLAND AND THE MIDLANDS

This journey explores Appuldurcombe House on the Isle of Wight, Blenheim Palace, the majestic university city of Oxford, Waddesdon Manor, owned by the Rothschild family, and finally Burghley House, a magnificent showpiece from a “golden age”.

The southern coast of England is resplendent with the white chalk so characteristic of this region. Lighthouses perched on steep cliffs soar up to the heavens, bearing testament to this great sea-faring nation’s perilous adventures. Further inland, the picturesque countryside of the Midlands boasts England’s most spectacular palaces. John Spencer-Churchill, the 11th Duke of Marlborough, invites us to explore his home, Blenheim Palace, Lord Jacob Rothschild takes us on a tour of his art collection in Waddesdon Manor, and author Gay Bladwin regales us with tales of the greatest romantic scandal of the 18th century – a ghost story from Appuldurcombe House.

The Piedmont region in Italy boasts an array of stunningly beautiful vistas. The house of Savoy left behind a great architectural legacy. A complex of grand pleasure palaces and government residences built by the Savoy dynasty surrounds the provincial capital like a glorious palatial garland. A network of star-shaped, chestnut-lined avenues stretching several kilometers connects the majestic structures to the city centre. This ensemble of architectural gems is known as the “Corona delle Delizie” – the “Crown of Delights”.

Three of the 14 palaces and stately homes stand out in particular: the Royal Palace of Venaria, the Hunting Residence of Stupinigi and the royal palace Palazzo Reale. They bear testament to the power of the house of Savoy, whose home became the capital of Italy for a short period after the fall of Napoleon.

As we follow in their footsteps, we meet a range of characters, such as Dino Maccarrone, who has dedicated the last 35 years to restoring the Palazzo Reale’s collection of cutting weapons and firearms, the fireman Mario Trematore, who saved the famous holy shroud from flames in Turin cathedral, or Countess Consolata Beraudo di Pralormo, who entices us with white truffles and dark red Barolo wine.

At the most westerly tip of Europe and at the same time the most southerly point of our journey, three magnificent palaces soar up towards the heavens: the Palace of the Marquesses of Fronteira, the Palace of Sorrow in Sintra and Queluz National Palace. Either constructed by the Moors or heavily influenced by Oriental fashions, the palaces form a ring around Lisbon, the former royal seat and capital of half the globe. Lisbon was the starting point for expeditions that led to the discovery of the long-sought-after seaway to India. We travel around Lisbon, “the city of the seven hills”, and encounter a variety of characters, such as the 11th Marques of Fronteira in his palace, Sónia Matias, Portugal’s first female bull fighter, and Filipe Figueiredo Graciosa, who is a master of equestrian arts at the Portuguese Royal Riding Academy.