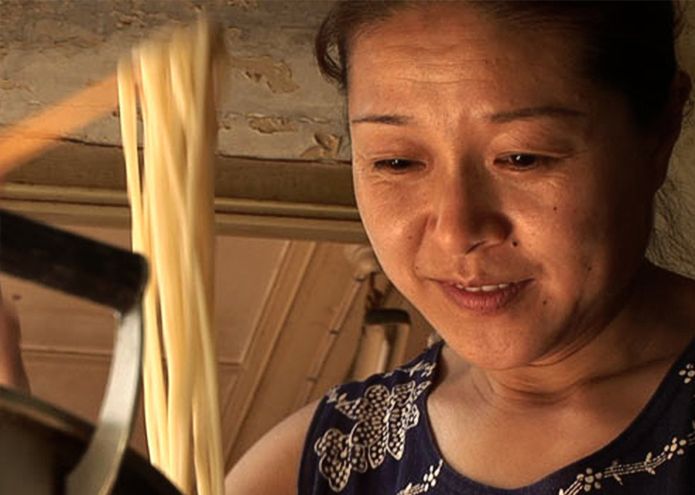 PASTA MANIA: A world of pasta

Durum wheat, water and salt – pasta doesn’t contain anything else. The oldest cookbook in the world, a Babylo-nian one dating back to 2000 B.C., mentions an ancestor of today’s pasta: risnatu-s and bappiru-s, crumbled or grated noodles.

Yet Italy is at the roots of the universality of pasta

Arriving in the USA in the late 19th century, along with Italian immigration, pasta was originally the symbol of a home-made meal. Little by little, this Italian dish became a dish, period. Less sophisticated, but eaten throughout America.

But how are you supposed to eat them? The question is as touchy as the one over norms for noodles, established by the Pope in the 12th century. In a nutshell, the Chinese never cut their noodles, nor do they twist them around their chopsticks. They generally prefer lifting a moderate amount of noodles to their mouths and biting into the mass so that the extra falls back into the bowl. In Japan, pasta can be eaten tachigui (standing up) but always tsuru-tsuru: slurping noisily; while in the USA, according to Miss Manners, the only silverware that is allowed for eating spaghetti in civilized company is a fork. In fact, the way people eat their pasta is practically the mark of a civilized society. A civilized society is one where “it isn’t acceptable to eat spaghetti with a spoon”!

Battles over norms (cannelloni or manicotti?), recipes (well-cooked or al dente?), sauces (ketchup or tomato sauce?) and manners (slurping, cutting or biting?) are never-ending, but in the meantime, every year over 11 million tons of noodles are produced (and eaten) worldwide!

Blessed among pasta, spaghetti reigns supreme in families around the world, a triumph of Italian cultural imperialism: children’s favorite, it is also a comforting refuge for the culinarily un-adventurous traveler in a
distant land…