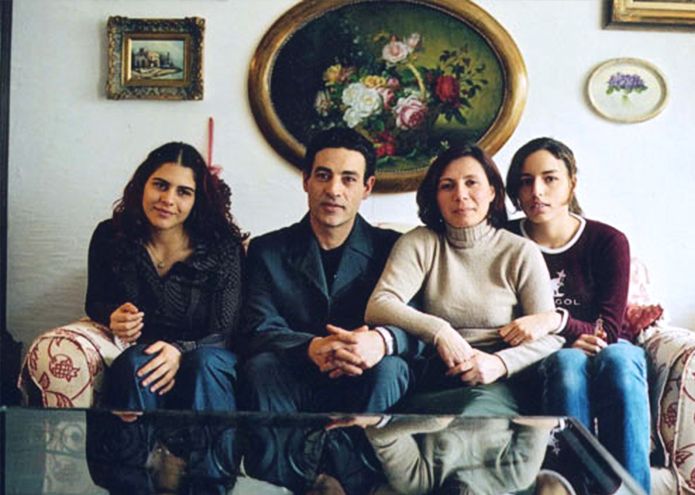 The film talks about the people whose lives are divided between two towns, in two different countries, Italy and Germany. Most people, originally from Mirabella, Sicily, are immigrating to Sindelfingen for better work conditions since the 50s. They settle in Sindelfingen and try to maintain their Italian identity and values. However, difference in the life standard and work conditions between a small Sicilian town and an industrial German city; harden their wish to turn back to their hometown become true.

People both in Italy and Germany are agreed that it is hard to turn back leaving the life that you created in Germany; even harder, once you have children there. The new generation, even though they are born and raised in Sindelfingen consider themselves as Italians. Men are the ones who are more willingly to turn back to Mirabella, but the women are happy where they are, and do not want to give up from their freedom in Germany. However, even the ones who consider Sindelfingen as their home keep their Italian identity and keep on living “all’Italiana”.

The film begins with the images of the countryside and the city which introduce us Mirabella. The apartment and the streets are empty. At night next to a bus, people are saying goodbye to each other and the bus leaves for Sindelfingen.

The sticker on the rear window of the bus says that this travel agency organizes bus trips between two towns every week. One passenger tells that things have changed in time. At the beginning, the ones who are leaving Mirabella for Sindelfingen could count on their fellow country-men there. Now, the conditions are harder; everybody has to think himself first. With the archive footage, we gain information about Sindelfingen, that it is an industrial city and famous with the automobile factories.

We get to know the Mirabellans in Sindelfingen. A woman tells what it was like at the beginning to immigrate. Her father was one of the first immigrants at the end of the 50s, and it was a tragedy, worse than a funeral because nobody knew what was expecting them there. Then, everybody got used to it. Postwar conditions in Italy forced them to immigrate to have a better life.

Another Italian family… The father shows the pathway they made in their garden with the mirabellan stones – to remember Mirabella everyday. He came to Germany when he was 16 and worked in the automobile factory. Germany gave him wellbeing and a peaceful life. The work conditions that Mercedes gives to its workers are high and it is still the favorite place to work for many people. His wife remembers from her youth that they didn’t have a proper home in Germany – everything was for Mirabella. There is a place where the fellow country-men can meet and spend some time together. One of them emphasizes that neither of the Italian families in Sindelfingen came here to settle, but only for short period of time.

Back to Mirabella… There is a couple that turned back there and opened a bar, but this time their children are in Germany. A truck of transportation brings us back to Sindelfingen. There is transportation three times a week. They carry the belongings of the families who leave Sindelfigen or turn back and fruits, vegetables, olive and orange trees from Mirabella.
On the bus, there is a young couple that is going for the first time to Sindelfingen to form a family, to find a job and have freedom.

The man tells that once he tried to turn back to Mirabella because he wanted that her children began to school in Italy. However, things did not work as he planned and they remained here. He is afraid that one day there will be nobody to introduce Mirabella to his children and grandchildren. And day by day their roots in Mirabella will be forgotten. His daughter says that in the childhood visiting Mirabella was fun, but growing up, you notice the cultural differences the more. In Mirabella they are ‘the Germans’, and in Germany she feels like Italian when she sees the conflict of the German and Italian values. Germans are exaggerating the concept of freedom. One day, she would like to live in Italy more than in Germany.

They say that the women are turning back less willingly than their husbands. The mother of the girl says one day she and her husband will turn back to Mirabella, but they cannot settle there forever if their children will remain in Germany. Another woman says that there is nothing that binds her to Mirabella while she is preparing and altar according to the catholic-Sicilian traditions.

Mirabella: Mirabella is a province of Catania, east Sicily. This small agricultural town has 6.294 inhabitants. For 2.437 families of the town, there are 3.826 houses.

Sindelfingen: Sindelfingen is an industrial city close to Stuttgart, south Germany. One of the trademarks of the town is the Mercedes- Daimler factory, which has roots to 1915. Sindelfingen has 60.856 inhabitants and 13.128 of them are foreigners.

Mirabella is a village in the heart of Sicily. Only 4.000 of the official 10.000 inhabitants live there on a regular basis. Sindelfingen, near Stuttgart, is one of the most powerful economic areas in the whole of Europe, home of Mercedes, Porsche and IBM: 60.000 inhabitants, 58.000 jobs. A regular bus service and a more anarchic transport system links these two towns. That’s because most of the 6000 people missing from Mirabella live in the Sindelfingen area, where they have been working since the 50’s.

Today, three generations later, these people built up a second “Mirabella” in Germany. On the road from Sicily to Germany we discover the dreams and hopes of the people who regularly commute between these two worlds.