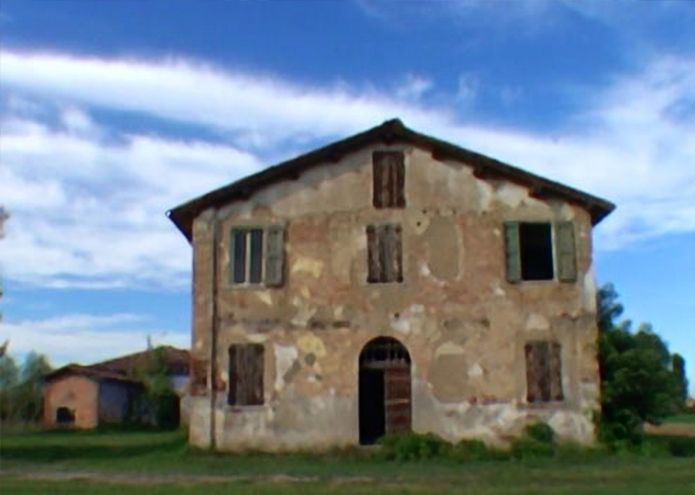 The countryside around the Po river delta is scattered with abandoned farmhouses. The landscape appears desert, almost void of human presence. Against this background, some characters tell the story of their bond to these lands. Gianni Celati – Italo Calvino’s faithful disciple, today one of the greatest Italian contemporary writers – documents with superb storytelling technique the tragedy and loss of values in this new and desolated landscape.

THE FILM
“The main idea is not to depict the thousands of crumbling houses in the Po River valley as melancholy remains of the past, but as one of the most surprising aspects of a modern landscape. At a time when the tendency is to restore everything as a means of wiping out the ravages of time, these houses bear witness to time’s profundity, and thus spark the questions: What should we do with our ruins; what to do with all that which is archaic and surpassed, that which cannot be sold off as just another consumer item? This problem is destined to become ever more pressing, and is already being felt in the re-activation of many abandoned sites that have been transformed into museums or cultural spaces.” Gianni Celati

THE DIRECTOR: GIANNI CELATI
Gianni Celati is one of Italy’s best known contemporary novelists, whose books have appeared in translation the world over. Born in Sondrio in 1937, he majored in English and American literature at the University of Bologna. A former disciple of Italo Calvino, who personally introduced him into important literary circles, he has also translated works by Melville, Conrad, Jack London, Céline and Barthes. Besides fiction, he is the author of many philosophical and critical essays. He has also directed numerous plays and films, including “Il mondo di Luigi Ghirri” (1999), a film-bio on the celebrated post-war Italian photographer.