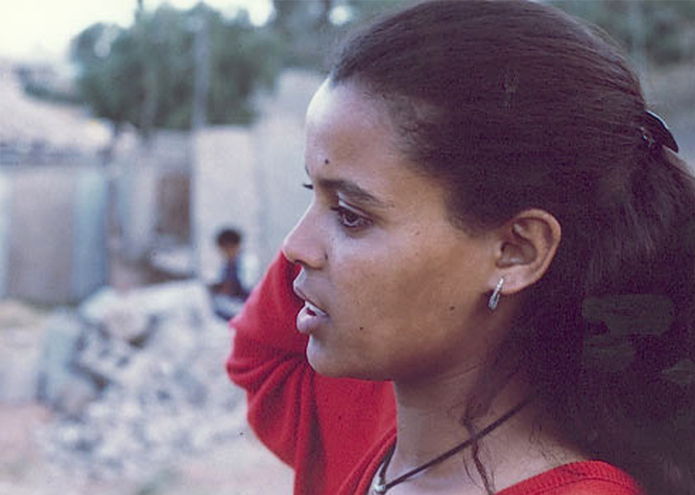 TOUGHER THAN THE REST

1988
Not far from the front lines, while filming aspects of social organization and militarization in an area under the control of the Eritrean Popular Liberation Front, we make the acquaintance of two children. Since then we have continued to ask ourselves: what future for those kids?

Natsanet and Mohammed Ali who all seemed so similar in the war-torn climate of secrecy and fear, have grown and become distinct individuals. When independence was won in 1991, they went their separate ways. Natsanet, daughter of Liberation Front fighters, grew up inside the resistance movement and is now twenty years old. The terror and solidarity of the war years have left their mark on the young woman, and she finds it hard to adapt to the rhythms and individualism of Asmara, Eritrea’s capital city, where she lives today. Mohammed Ali is now twenty-two and lives on the sweltering flatlands far from the city; a leader among his ragtag group of friends during the war, he now leads the life of a solitary farmer working his cotton field.

With Natsanet we discover city life in Asmara; through Mohammed Ali we meet his family, which after years of forced nomadism, has returned to a life of farming. Our main characters provide insight into the three issues crucial for Eritrea’s future: family, education and religion. The family, dispersed and destroyed during the war, has regained its central role. Natsanet and Mohammed Ali live with their families today, whereas during their stay in refugee camps they rarely saw them. But now friction arises between re-emerging traditions and present cultural and political needs.

Schools, which played a key institutional role during the struggle for freedom, must deal with structural problems. Natsanet is the only one among the two who continues her studies, in crowded classrooms where books are scarce. Mohammed Ali left school but would like to return, even though his parents are strongly against it, fearing the loss of the family’s main economic resource.

The urgency of life during the war left little or no room for religious expression. Today, Natsanet is a Christian, while Mohammed is Muslim. Throughout the country, the spread of institutionalized religious symbols is on the rise.

The struggle for freedom united the people of Eritrea. Peace brought hopes and new difficulties. What will happen tomorrow?