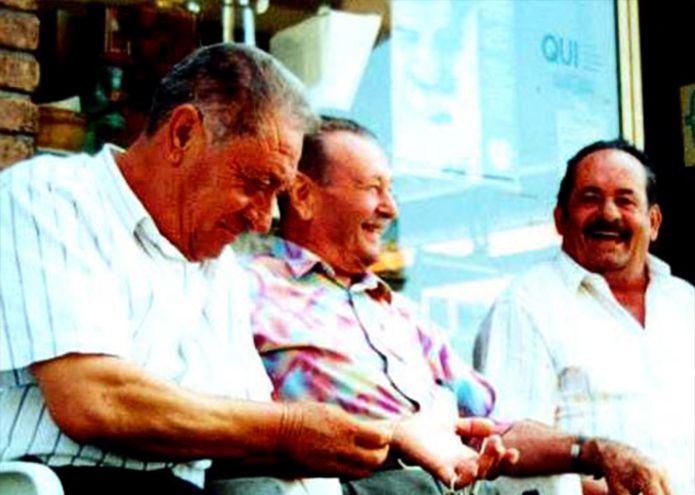 THE TOWN, MY NEIGHBOURHOOD AND I

Gianfranco Pannone lives in Rome in the district of Via Appia:

“I moved to Rome twelve years ago, and for the last five years I have been living in the Appio Latino district. This is between the two major thoroughfare streets, the Tuscolana and the Appia. At first glance, this district is similar to all the other satellite towns which have grown up on the edges of many major cities. One dreary block of flats after another. And the endless apartments they contain are little more than shelters – places you leave every morning to go to work and return every evening to sleep.

As I grew up in a village near the coast where everyone knew and greeted each other, I never felt comfortable with the anonymity of these tower blocks. I missed the fields, the sea, and the squares where the neighbours would meet every evening – and so I mentally rejected my new neighbourhood. For years my only contact with my neighbours was on my daily walk to the underground where I took the next train to the city centre.

But then last autumn I became very sick, and it was only during this bout of illness that I began to discover my neighbourhood. My doctor instructed me to take a short walk three times a day, and in this manner I got to know the porter at our house, Mariano, who comes from the south of Italy.

Mariano introduced me to his friend, Luigi, a proud pensioner full of life. He too came from the countryside like me. I joined him on his daily rambles through the neighbourhood and thus discovered a small park not far from our house.

On one of the park benches opposite a coffee bar – the place where the neighbourhood really gets together – Luigi spends a few hours every day. Here he grumbles about the mood of the people and the world at large, and chats with the neighbours about television, football stars and lottery numbers. Thanks to Luigi and Mariano, my neighbourhood has transformed itself into a small village in the south of Italy, just like the village from my childhood.

Current situations and stories from my neighbourhood will be linked to memories from the topography of my childhood village. In turn these recollected street scenes will sometimes appear in the street scenes from Latino Appia. A neighbourhood like mine has its own soul, and this I will try to portray…”