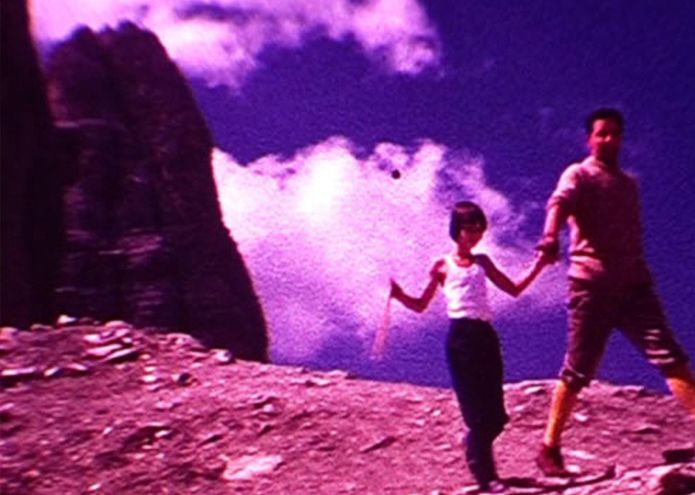 As his film makes clear, the three summits in the Dolomites – Le mie tre cime – that are the focal point of Andreas Pichler’s film stand out from every point of view. These photographs and Super-8 footage from family archives seem astounding in today’s light. They highlight the lasting fascination of three summits, underscored here by a well informed commentary of laconic brevity: an approach that almost painfully refuses to yield the slightest quarter.

The very fact of their impressive contours could make them a magic point of attraction; in fact, however, they also represent a frontier for historical reasons. Many a bloody battle was waged here between Austria and Italy during the Great War: this desolate rock desert, reminiscent of a moonscape, represents a sacrificial altar for a dying Empire. After the Second World War, the era of mountain travel by car had gotten underway, ushering in the heyday of image production-images serving as the basis of Pichler’s montage.

Using computer animation, he has drawn up a visual representation of his chosen site with surprising new formations and effects. He looks out from both ends of Alpine tourism’s inescapable field-glass. The resulting changes of perspective make people, places and objects seem either that much closer or inaccessibly far off. Like all Alpine summits, these three are at once peaks with a fascination that attracts and at times frighten one.