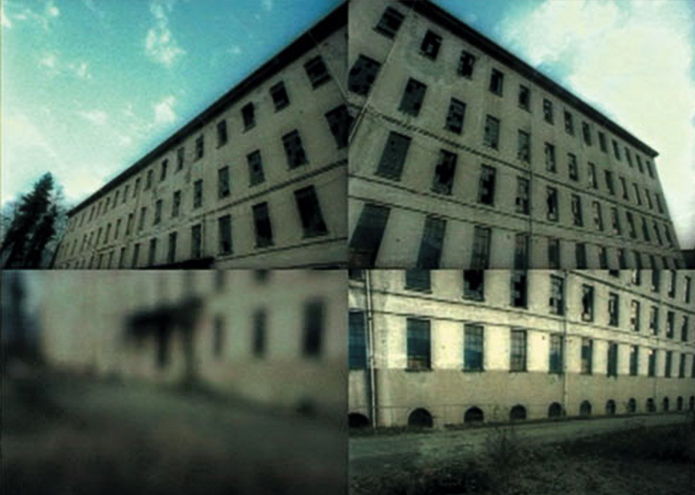 The province of Biella once the heart of the Italian textile industry is host to an astonishing concentration of abandoned industrial structures removed from the collective memory, escaped from distruction, isolated by the new urban development. These architectural remins blend into the landscape like fossils crystallized in time. This visual documentary portrays abandoned factory buildings in Italy as dying witnesses of a once thriving industrial past with a visual style and a soundtrack where past, present and future seem to clash in violent echoes.

A documentary without interviews or human voices may seem a paradox. But the stars of this film have no voices: they are huge empty boxes, whose silence becomes deafening as the echoes of the past come to life. The feelings of emptiness, cold, sterility, absence of life lie in stark contrast to the all-consuming memory that is represented in the archive footage. One is sure of being in a place that was once very important to people, as we now seek out traces of that world. There is the observation of signs that indicate a transformation of those spaces, a new function, perhaps marginal and hidden, but only apparently useless. It is along these lines that the film develops.

Through the livid hues and an almost cubist reconstruction, we have sought a mental, surreal dimension of the factories, as if they were at once enchanted and haunted castles, in a game of box-images that contain parts of box-buildings. In the soundtrack, the clatter of looms, the true voice of these cement giants in their heyday, returns from the past like a refrain in today’s song, where only water dripping or running, and birds chirping as they reclaim their territory, can be heard: nature has returned to rule these empty spaces. (Luca Pastore)