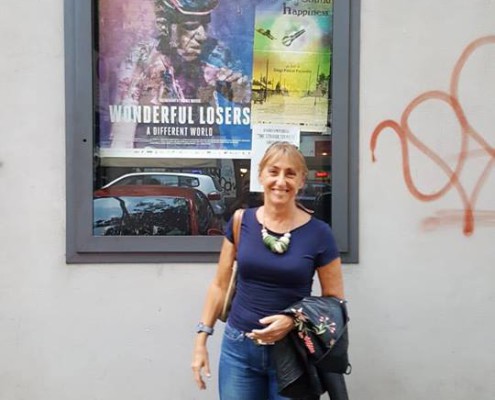 elena@stefilm.it
Managing Director/Authorised signatory
When I was studying architecture, I met Stefano and Edoardo. Stefano had also studied architecture and he had filmmaking skills. Eddie was a doctor and loved films, theatre and writing. I was neither meat nor fish but I wasn’t too bad in collecting debts and I worked on film sets without ever getting tired. It was enough and we have been working together ever since. Being the only woman in the group, the one that thinks about the rent, the bills and to make ends meet (the most creative part of our job), step by step I became the legal representative of Stefilm. I follow Stefilm’s productions and co-productions taking care of the legal and financial aspects with the filmmakers, the broadcasters, the film funds and the international partners. I don’t have enough patience to follow the development of the projects but I love to see the rough-cut of the films and to make blunt but constructive critics. I like movies when they’re almost done and I can start thinking about distribution strategies. My real passion is distribution: when I fall in love with a film I feel the need to bring it to the widest audience possible. I have been working with Deckert Distribution and other distributors as a sales agent for some years now. This gives me the opportunity to represent talents like Victor Kossakovski, Vitaly Mansky, Thomas Heise, Arunas Matelis, Nima Sarvestani, Sergei Loznitsa in Italy. I believe in teamwork, in relations and simplifications. I am intuitive and impulsive and I have not yet learned to be diplomatic. 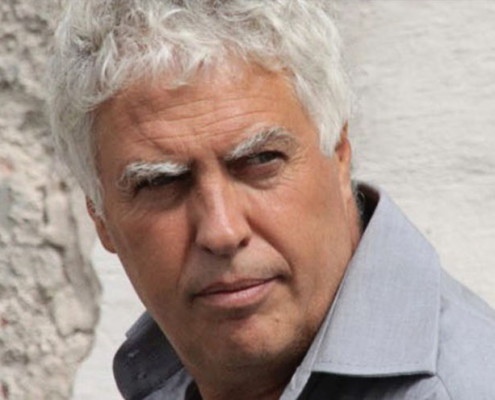 stefano@stefilm.it
Producer/Director
Born in Johannesburg (South Africa) in 1955, I studied Architecture in Torino – Italy. After graduating I was head of audio visual production at the Politecnico Di Torino. In 1992 I graduated at the MEDIA training course ‘EAVE’. Founder member of FERT (Filming with a European Regard in Turin), I directed 17 editions of the annual Italian workshop Documentary In Europe. I chaired EDN (European Documentary Network) from 1998 to 2000 and I’m to date national coordinator for INPUT, Television in the Public Interest. In 2013 I received the EDN Award ‘For outstanding contribution to the development of the Southern European documentary culture’. I wrote several original TV documentary series including Food Markets: In The Belly Of The City, that was nominated Best International TV Programme at the 2014 american Taste Awards. 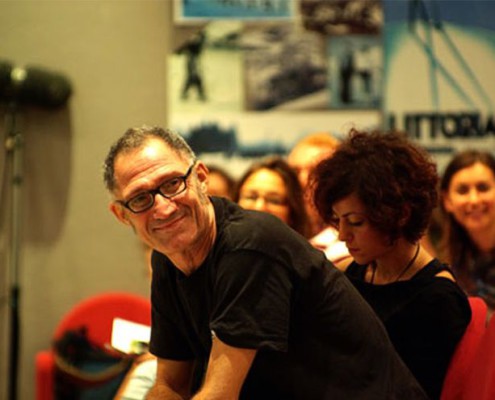 edoardo@stefilm.it
Producer/Author
I graduated in Medicine and Surgery at the University of Turin and while working as a psychiatrist, I met Elena Filippini and Stefano Tealdi and together with them I founded the Stefilm. It was the beginning of the ’80s and, after realizing that I could never have been a film-director, I started working as a producer, comparing myself especially with young authors at the first film: with them I think, write and look for the best conditions to make the film. I feel like a fish in the water when I can make available my passion for the world and the stories that populate it. I’m curious. Since “making cinema” is a group work, I like to mention the directors with whom I have worked and work: Akram Safadi, Matteo Bellizzi, Claudia Tosi, Paolo Campana, Diego Pascal Panarello, Martina Melilli. Of all I followed their “first works”.
I run workshops for writing and developing subjects, production and pitching for institutions, associations and schools in Italy and abroad. I am part of the EDN (European Documentary Network), of the Documentary in Europe association and I am a member of DOC / IT. I am a fanatic of Voltaire’s Candido, Juventus and I love all sports. I am for the primacy of social conscience on the national conscience.
Questo sito utilizza cookie tecnici anche di terze parti, necessari al funzionamento del sito ed al miglioramento dell’esperienza di navigazione dell’utente.Leggi tutto... Impostazioni CookiesACCETTA RIFIUTA
Privacy & Cookies Policy