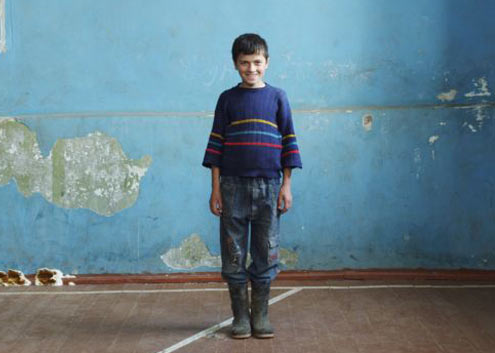 THE MACHINE WHICH MAKES EVERYTHING DISAPPEAR

Georgia 2011. A film director announces a casting for 15-23 year old youth. This search brings her to different locations: villages and cities. Here are many people who answer the call: some are interested in becoming part of a film, others are ready to share their sentimental stories or seek the strength to carry out their major resolutions… Those who prove to be interesting enough are followed through various dramatic situations.
A film about how beautiful life can be and how difficult when you dream of being a hero.
The protagonists of this film live and dream this heroism, whether they run from reality or face it head-on. They are old and they are very young, just beginning their lives. But they are all united in the poetry of searching.