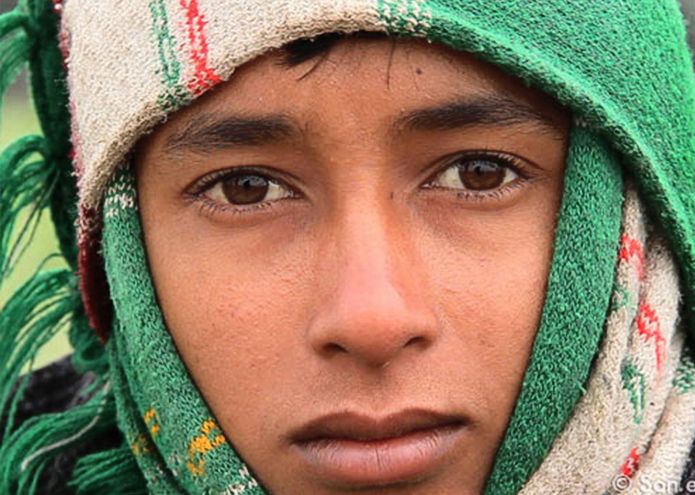 CHAR: The no man’s island

Char is an island in the river that forms the border between India and Bangladesh. It is there that a boy named Rubel and his family live, along with others who lost their homes. The island emerged like a gift that the river gave to the people as a refuge after it tore away their native village when the water levels rose. But this gift is built on sand, a fleeting environmental reaction after the dam upstream was put into operation. Out of necessity, the people – much like the birds – have made use of this new terrain and built up a contraband business. Livestock, alcohol, rice, and other wares are smuggled past the border patrols with admirable finesse: a heroic battle for survival that provides Rubel with just enough to let him dream of a better future, although (or because) Char will be merely one stage in his life. Sourav Sarangi observed this soggy microcosm over a number of years, using various different cameras to capture heterogeneous, at times almost apocalyptic images on film. His story of a boy growing up is left with an open ending, mixed with an oddly wonderful feeling of amazement.

About ten years back I visited a small village along the river Ganga to make a TV report on river erosion around Farakka Dam close to the India Bangladesh border. I met hundreds of homeless people who lost their lands to the nature’s fury. Houses, roads, mosques, schools, in fact, a complete village landscape disappeared to a watery grave before my eyes. But nobody really cared for those people and the lost land.

I followed them for years… to re-discover the whole community in an island that the river created within her course few years later. This fragile island is called ‘Char’ in local language, forbidden to enter since it falls under the jurisdiction of the border police from both sides of the river, India and Bangladesh.

I saw many lives changed to an existential absurdity that struck me.

And I took my camera again to tell the story of Char and Rubel, the smuggler boy I met in my journeys to the river, fixed as the border that moves.

Born on 8 February 1965 in Contai, East Medinipur, West Bengal, India. He studied geology at Presidency College in Kolkata and editing at the Film and Television Institute of India in Pune. In 1997, he directed his first film, TuSu KATHA. Since then, he has been editing, writing, directing and producing both fiction and documentary films. In addition, he has also worked as a TV programming director and taught at various film schools.