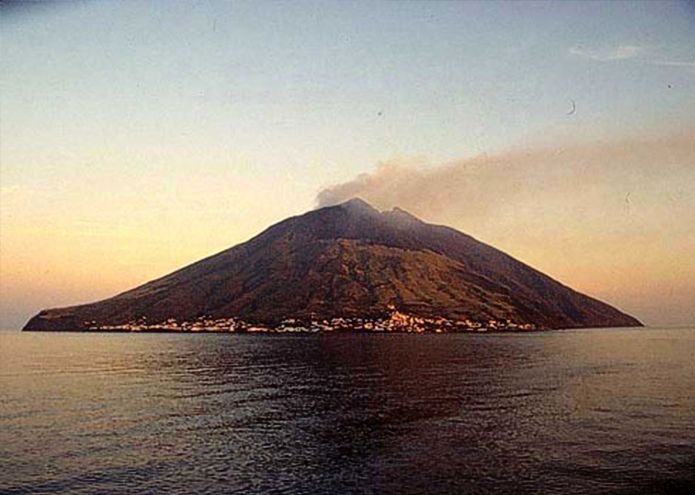 On the surface, the people here figure nothing will change and the monetary transition will proceed smoothly, but real life events show how easily such apparent certainty is liable to give way with the first sign of difficulty.

While summers are beleaguered by tourist season confusion brought from abroad, the desolate winter’s chaos is driven by the coming of the Euro. Here there is no bank. In its stead, the post office provides the battleground. It’s the first official day of Euro circulation, but the Euro is nowhere in sight.

The islanders await the arrival of the fledgling currency via hydroplane from Messina. Incredulous, mostly skeptical folk will have to accept the hard reality at hand, when it appears some kind of scam in store for them. No one wants to believe they are being cheated, yet the elderly are the first to complain when it looks as if their pension checks have been cut in half once the new bills and coins finally do arrive. Logistical problems abound: for one thing, all coin and bill operated machinery must be sent to the mainland for adjustment, requiring not one but two fares – back and forth across the channel. Only a lucky few possess calculators pre-programmed for Euro conversion, and the only method for most is pen and paper. All over Europe conversion to the Euro is being heralded for its ease and simplicity. But here in Stromboli, that news hasn’t seem to hit yet.

The characters provide the most interesting aspect here. There’s the ancient sage, Zù Tano, elegant and lively in the Sicilian tradition. He emigrated to America as a youth, and has returned to live out his old age the best way he knows how – on his native island. It turns out, though, that he’s brought a bit of urbanity back with him, and still confuses dollars and Euros. And what about the baker woman, quintessential expression of the matriarchal south. The vitality she shows in her role knows no bounds: everything is done and will be done as only she knows how, because that’s simply the way it is. Then there’s the island’s postman, a gruff, perennially fed-up, stereotypical civil servant stuck behind his window wrangling with the public. Nino, the baritone who exploits his vocal talent to hawk fish in the town square, rounds out the main group of characters. They are backed up by a slew of minor players: the dock master, fishermen, fathers of mysteriously blond-haired children, and the commare or “matron” of the island, and her uncanny gaze. What won me over was the much flaunted calm of the entire scene, a sublime defiance of the looming volcanic threat. Calm, or a showy display of it, appears the key to life here, as nothing can truly phase people who live at the foot of an active volcano, not even the Euro.