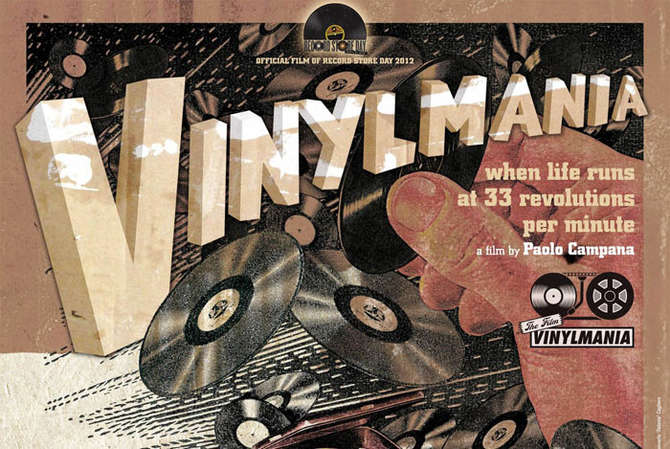 VINYLMANIA: When life runs at 33 revolutions per minute

“My mother used to wake me up with a vinyl record. It’s the first thing I remember about life. Many years have passed but vinyl records have never abandoned me. And you? Have you ever listened to a vinyl record? With its unique sound and crackling that gives you butterflies. Have you ever plunged into the colours of the sleeves artwork? Have you smelled it? Music captures a unique taste, seductive.”

In “Vinylmania” the director guides us through the grooves of an object that has never lost its soul. He investigates what makes it so legendary in a world dominated by liquid music: Simple nostalgia? Possession? The search for an idenitity? A cry against the fast food music? The digital river that has no heart or soul, just ones and zeros… From Tokyo to New York, London, Paris and Prague we meet a tribe of collectors, Djs, musicians and artists. We explore the stores where passion is transformed into fever and the factories that have resumed stamping millions of copies. Vinyl records are back!